Ask Sheila: Baby Sleeping Too Much? 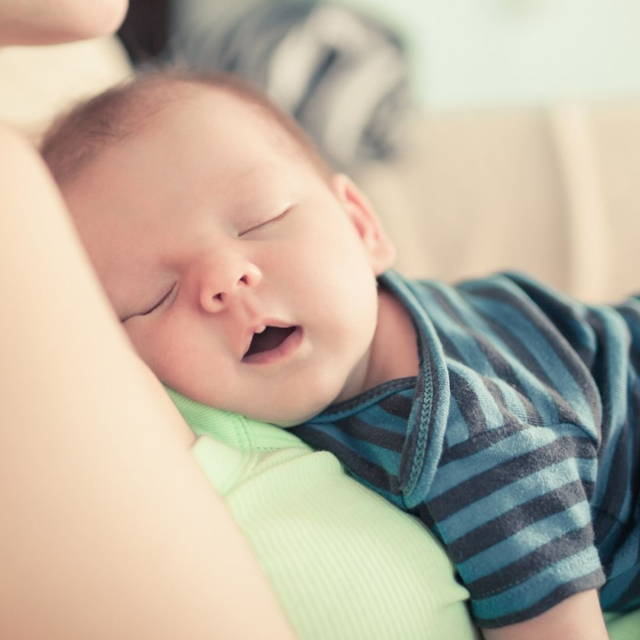 Baby Sleeping Too Much

Sandee asks, “I have been attending the Healthy Horizons Breastfeeding Support Group every week with my son Alex who is now seven weeks old and really enjoy hearing what is happening with the other moms and babies. It seems like the older babies in the group are still doing some night waking, where Alex is sleeping eight or more hours straight. I am concerned that he sleeps too well at night. I know we should be happy, but these long sleep stretches are making me feel like I am doing something wrong and I am concerned that I am missing too many night feeds. He has two very long feedings that last on and off for a few hours in the evening and then he sleeps through the night. He doesn't wake up until the morning. He's been gaining weight great (two pounds in one month) and I weigh him before every feed, just to make sure he is getting enough. Our nanny suggested that we start to offer a bottle after he feeds because sometimes he is still awake and fussy after he eats and this might be because he needed more. She also advised us that Alex would tell us when he had enough by refusing to drink anymore from the bottle. Also, weighing him before and after feeds was suggested. We make him wait to eat until he cries, which is about every three hours or so and not encourage any snacking. Are these practices suggested? Our typical day schedule seems to be on point and he feeds really well during the day. Is the long stretch of sleep between his feedings at night okay for the baby and should we wake him up?”

Seven weeks is a wonderful milestone in the life of an infant. Alex has made it through several growth spurts and now is becoming more aware of his environment and spending a little more time awake in-between feeds. That can mean not falling asleep after each feeding. This has no correlation to not having enough to eat. Sometimes baby wants to interact for a while then take a nap. Any sleep at seven weeks is good sleep and the fact that he is thriving so well is very impressive. Offering a bottle after a feed does not tell us if he needed additional food. Babies love to suck and will eat whatever is offered because this is how babies soothe. Offering supplemental bottles for a baby who is doing well with weight gain can directly interfere with his ability to breastfeed well and impact your milk supply. Also, this practice of “topping off” is a potential cause of obesity, which is an epidemic amongst children in the United States. I urge you to ignore the random weighing. I would suggest ditching the scale or only weighing him every few days. It is the overall weight we look at and Alex is gaining an ounce a day which is fantastic. We look for a weight gain that is at least four to seven ounces per week. If he is happy and wants to sleep, let him sleep as long as he is growing and thriving. The one suggestion I have is that you try and catch the hunger cues before Alex becomes too upset and cries. Sometimes a baby will go from sleeping to crying before you can calm him down, but as he gets older his cues will become clearer. Be aware that sometimes crying can be a late cue for hunger, so if he brings both his fists to his mouth along with rooting around, it is fine to feed him. It is truly impossible to spoil a newborn; all he knows is, are his needs being met? Babies will eat according to their time clocks not ours and can cluster feed close together during certain periods of the day. Many times after doing sporadic or frequent feeds a baby may choose to do a longer stretch at night like your Alex is doing now. Again, these are typical newborn behaviors for the first several months. I can promise you as Alex gets older his behaviors will change once again and his patterns surrounding eating and sleeping will be more settled and predictable.